Addison Burke is a successful real estate agent who specializes in high-end closings and who enjoys an elite lifestyle not often afforded someone her age (27).  But following a stroke and a recent fall, Addison is forced to hire a caregiver for her estranged mother, Lee Ann; a job Addison chooses not to take on, despite her financial freedom to do so.  She hires an agency to fill the position, and to her surprise, they send a man for the job.

Logan has somehow managed to keep his act together despite a past that is slowly catching up with him.  If he can make enough money over the next couple of months by tending to Lee Ann Burke, he should be able to flee the country before his world comes crashing down around him. But when Lee Ann's beautiful daughter, Addison, begins to awaken feelings in him that he thought died long ago, he begins to question whether or not fleeing from the past is worth leaving Addison forever.
Will Addison let down her guard for love and renew her relationship with her mother?  Can Logan face his past, come out unscathed, and act on his feelings for Addison?  And why is Lee Ann selling everything she owns on EBay and Craig's List?


"A Tide Worth Turning is a smart beach read for any season. Mixing fun romance and mystery, this story transports the reader from historic Galveston, Texas to the beaches of Australia. Travel along with bestselling author, Beth Wiseman, for another great hit!”
~ Kelly Long- Zebra Books ‪#‎Bestseller‬
Available for pre-oder and releasing September 12th. smile emoticon
‪#‎books‬ ‪#‎amreading‬ ‪#‎Galveston‬ ‪#‎Texas‬ ‪#‎Romance‬ ‪#‎Australia‬
at July 31, 2015 No comments:

A Story That Compels You to KEEP Reading!!!!

"A Dream for Love"
By Lisa Belcastro

A single mother with a secret past. A Hollywood star who's life is anything but hidden. Will the past deprive them of a future? Or will they dare to dream a dream for love?

When the gavel hit the wooden block at the Possible Dreams Auction, Laurel Simmons sat in stunned silence. Her sister had lost her mind, purchasing a week's vacation stay for two at actor Ryan Crandall's beach house on Martha's Vineyard. And then Tammy announced that she was giving the "dream" to Laurel as an early birthday present.

A month later, Laurel and her four-year-old daughter Gracie arrive at the luxurious house on Squibnocket Beach ready to swim, play, picnic and enjoy the peace and solitude together.Laurel's dream vacation quickly turns into a nightmare when Hollywood bad boy Ryan Crandall shows up to escape his latest tabloid headlines. Ryan wants the woman and her child gone. Laurel wants him gone. Fate will bring them together for reasons neither one of them expected, but fate will also drive them apart.

Laurel has a past she needs to keep hidden. Her life and Gracie's depend on it. Ryan has a past, and present, that's been food for public consumption for over a decade. Will the past deprive them of a future? Or will they dare to dream a dream for love?

I was caught up in this novel from the first sentence of Chapter One: "Sold!" the auctioneer smacked the gavel on the sound block." Immediately, my curiosity level rose to a high level! I wanted to know what was sold, who bought it, what would happen next!!! The plot in this newest novel by Lisa Belcastro is fast moving, full of action, and compels you to keep turning the pages until the very last page of the book. There were constantly surprising twists and turns that will shock the reader. It is definitely a story that appeals to your emotions. You are on a roller coaster with all the highs and lows of this tale.

The characters are realistic and extremely well developed. I immediately found myself identifying with Laurel and her problems. Every hurt, feeling of anger, confusion hit my inner being. I wanted to give her a big hug and tell her it would work out. If a book is to be declared a good one by me, I MUST be able to identify with at least one of the characters. I certainly had no difficulty doing this in this story!!

Lisa has a special talent of making you live the story!! I certainly did!! I have to confess, housework was forgotten as were getting meals, until I read the very last chapter. Thank goodness, I have a patient husband who doesn`t mind me escaping my normal life for a few hours, well, maybe more than a few!!!

This book was supplied by the author in exchange for a fair and honest review.

"A Promise of Grace"
By Lynette Sowell

After having thoroughly enjoyed the two previous books in this series, "Seasons in Pinecraft", I just knew I would love this new book too. Lynette has taken Amish fiction to another level, having her novels set in Pinecraft, an actual place in Florida, near Sarasota. Both Mennonite and Amish use this as a vacation spot when trying to avoid the northern winters. It is also the permanent home of many retired/older folks who want the warmth but love to live in a community where their faith is respected . This book can be read as a stand alone although it is beneficial if you have read "A Season of Change" and "A Path Made Plain". When I opened this book, I felt as though I was once again visiting old friends. This certainly added to my curiosity and desire to dig into this book, I wanted to know what my pals had been up to!

Rochelle has been living in Pinecraft for almost twenty years. She has led a quiet, content life, keeping her past safely hidden away. As she approaches her fortieth birthday, an important decision is made! Rochelle has decided to go back to nursing school, a dream given up long ago during a painful period in her life.

Although Rochelle would prefer the past remain a secret, it comes to the forefront when Silas Fry, her former love, moves to Pinecraft. YES, not just a vacation, but a permanent move, much to her dismay!!  Silas has spent the last five years working as a missionary pilot, but the sudden death of his wife, Belinda, changed him. Belinda just happened to be Rochelle's best childhood  friend. Both Silas and Rochelle are on a collision course with their past. This reunited couple is faced with unexpected decisions. Can they resurrect the past romance?? Years have changed both of them, but will it help or deter the situation??

Lynette's setting of the novel is so realistically described and so detailed that I had no problem putting myself in Pinecraft. I could see it , I could feel the ocean breezes and yes, even enjoy Olaf's icecream. She did her research well. Now, I really have the greatest need to visit this community!

The characters were realistic and well developed . I had no problems identifying with Rochelle and her challenges. Her hurts, confusion and joys became part of me.

The plot moved slowly but steadily. The events captured my attention and every once in a while a twist or turn would appear that would throw me off balance. I had to rethink what I presumed would happen.

I would recommend this book to those who want a light  summer read. Enjoyable from beginning to end.

This book was supplied by Abingdon Press and the author in exchange for a fair and honest review.


Just click on this link to go to the page to enter the contest! 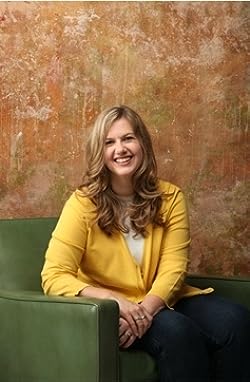