May 31st Spotlight!! Great book by Michelle Keener! Make sure you enter the giveaway!

"Made in Hollywood"
By Michelle Keener 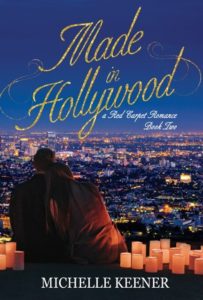 Release Date: March 10, 2020
When a pastor’s son saves her life, can a prodigal daughter dare to believe in second chances?
Noah Shaw is almost thirty and he still doesn’t know what he wants to be when he grows up. Torn between running his business as a limo driver for Hollywood’s elite, and feeling called to ministry, he prays for direction. But he never expects that direction to include finding a woman near-death on the front steps of his father’s church.
Hannah left her family and her faith when she moved to Hollywood looking for adventure. Instead of finding fame in the movies, she was lured into the life of an exotic dancer. Hopeless and ashamed, suicide seems like her only escape. Until the night Noah saves her life.
The Shaw family welcomes her into their home and gives her a chance to start over. When the shadows of her former life threaten to expose her past, she must choose between running away or fighting for the new life she’s built and the man she’s grown to love. 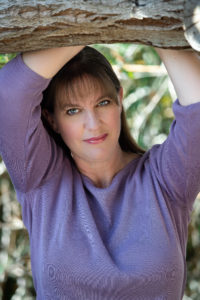 Michelle Keener is a wife, mom, and the author of five books. She lives in Southern California with her retired Marine husband, their two children, and one spoiled dog. When she isn’t writing, she is busy homeschooling, teaching creative writing workshops, or baking something involving chocolate.

The Story of a Prodigal Daughter

Made in Hollywood is the sequel to my first Christian romance novel Mission Hollywood. It’s the story of Lily’s brother Noah and his search for love and direction. In the book, Noah meets a young girl who has been through some truly dark and terrible places. She’s been wounded, abused, and she’s lost hope. She’s worried that her past is too much for God to forgive, and that she’s fallen too far and doesn’t deserve God’s grace. She is a prodigal daughter lost on the streets of Hollywood.

One of the reasons I wrote Made in Hollywood (aside from the fact that I just adore Noah) is to be a reminder that God never gives up on us. Just like the story of the Prodigal Son, if we turn back to God, He will run to us and bring us home.

There is no place so dark that God light can’t reach.

There is no sin, no mistake, no circumstance that can separate us from the love of God. His arms are always open to us. His love is unchanging, unending, and unfailing. His amazing grace reaches the lost and restores what was broken. His love binds our wounds and heals our past. What the enemy intended for evil, God will turn to good. It’s a truth Hannah had to learn. It’s a truth I had to learn. And it’s a truth God wants His people to share. God’s love never fails.
I hope you enjoy Made in Hollywood!

Book Reviews From an Avid Reader, May 25
Batya’s Bits, May 25
Through the Fire Blogs, May 26
deb’s Book Review, May 26
For Him and My Family, May 27
My Devotional Thoughts, May 27
Blessed & Bookish, May 28
Debbie’s Dusty Deliberations, May 29
Truth and Grace Homeschool Academy, May 29
The Christian Fiction Girl, May 30
Quiet Quilter, May 31
Texas Book-aholic, June 1
Happily Managing a Household of Boys, June 1
Splashes of Joy, June 2
Mypreciousbitsandmusings, June 2
Inklings and notions, June 3
Pause for Tales, June 4
Book Bites, Bee Stings, & Butterfly Kisses, June 5
She Lives To Read, June 6
Locks, Hooks and Books, June 6
Artistic Nobody, June 7 (Guest Review from Donna Cline)
Read Review Rejoice, June 7

To celebrate her tour, Michelle is giving away the grand prize of a $25 Amazon gift card!!
Be sure to comment on the blog stops for nine extra entries into the giveaway! Click the link below to enter.

Spotlight on a Great New Book by Nancy Wood! It will stay in your thoughts long after you finish it! Don't forget to enter the giveaway!!

Does the truth really set you free? 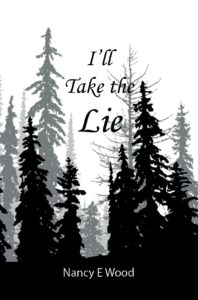 Paige Hall doubts it, after her boyfriend Justin tells her he’s over it, leaving her with a broken heart and crushed dreams. When Justin disappears, she can’t help but try to find out what happened to him. But when the more she searches, the more problems arise, she can’t help but wonder if it would be better to just accept the lie…

Nancy E Wood was born into a missionary family and lived in Hungary until she turned twenty. Her whole childhood, she loved reading and stories, writing some of her own, but never believing she actually had the talent to be an author. Speaking multiple languages, she never thought she would be good enough in any to become a wordsmith.
Her senior year of high school, she was encouraged to write short stories, one of which turned into Perfect, a novel that couldn’t stay short. After sharing it with a few people, she decided to get it published a couple years later. She went to college in Florida, where she studied English and Music. After graduating, she married and moved to California. She published her second standalone book, I’ll Take the Lie, in the summer of 2019 and is currently working on a sequel to Perfect. She also runs a blog for young women, where she writes relatable and motivational posts that point to God. She has also done some speaking in different Christian schools and youth groups, encouraging teens to pursue Christ through some of the most difficult years of their lives.

What’s truth? Why is it important? Does everyone have their own kind of truth or is there only one?
Those were questions I was dealing with in my college Apologetics class while I wrote I’ll Take the Lie, and I thought that theme would fit so well into the story.
The idea came to me a long time ago. I was really into The Great Gatsby at the time and wanted to write a story from a bystander’s point of view. Originally titled What’s Wrong with Alex?, Paige, the worried sister of Alex, who drastically changed over his first semester of college, wants to find out what happened to him. But the deeper I went into the story, the more Paige’s character shone through, and she soon became the protagonist with her ex boyfriend’s mysterious disappearance. The whole theme tied into what I was studying about apologetics and truth, so the messy pieces all came together into a solid plot.
Paige isn’t a believer, and she doesn’t really care about the idea of truth and spirituality until she gets dragged into it. It’s my hope that this book story helps young adults like me think deeper and question their beliefs. We get so caught up with our own happiness, we don’t always want to accept the hard truth. But, like Paige, we need to think about whether we can keep living pretend lives or if the truth really does set us free.

Book Reviews From an Avid Reader, May 20
Wishful Endings, May 21 (Author Interview)
deb’s Book Review, May 21
For the Love of Literature, May 22
Texas Book-aholic, May 23
Through the Fire Blogs, May 24 (Author Interview)
Debbie’s Dusty Deliberations, May 24
Library Lady’s Kid Lit, May 25
Older & Smarter?, May 26
Inklings and notions, May 27
For Him and My Family, May 28
Quiet Quilter, May 29
Vicky Sluiter, May 30 (Author Interview)
CarpeDiem, May 30
Truth and Grace Homeschool Academy, May 31
Locks, Hooks and Books, June 1
Pause for Tales, June 2

To celebrate her tour, Nancy is giving away the grand prize of a $25 Amazon gift card!!
Be sure to comment on the blog stops for nine extra entries into the giveaway! Click the link below to enter.