One day you wake up NOT knowing WHO or WHERE you are!!!! TERRIFYING! (Be sure to enter the author's giveaway)

"Will Not See"
By Chautona Havig

Release date: August 29, 2017
Genre: Christian Fiction / contemporary / suspense (light)
When Vikki Jeffries wakes up in a Rockland hotel with no idea of who she is and why she can’t remember… well, anything, the Rockland medical community begins to take a closer look at what may have happened to cause a second case of inexplicable amnesia.
But for Vikki, this is more than a medical anomaly–it’s her life. What is she doing in Rockland, thousands of miles away from her home in Apache Junction, Arizona? Who is she? Why is no one looking for her? Or are they?
Will Not See: Not everything is as it seems.
My Thoughts:

There is only one word that describes my feelings when reading this novel: WOW!!!  I simply could NOT put this book down! There are only a few authors who can make me totally forget reality, drawing me into the life journey of a character and Chautona has become one of them!! Just imagine.... you awake one morning and have no idea who you are, where you are and what you are doing there!! That just sends shivers up my spine. What terror!!! "Will Not See" is the second in a series entitled "Sight Unseen" and although it can be read as a standalone, it does have much more meaning if you have read Ella's story in "None So Blind!.

The characters in this story are so realistic and well described that I felt their every fear and worry. Vikki became my best friend , as I travelled her tough journey of life alongside her. She quickly gained my admiration as she battled her overwhelming insecurities and frightening unexplained threats, with the help of her new friend, Ella. Memory loss is a nightmare in itself, however, it was even more so with Vikki than with Ella , as there is a crime mystery element that brings a feeling of terror.

The plot moves quickly with twists and turns throughout the tale. My heart would pound as new complications entered the scene. The underlying theme that is clearly evident in all of the event is that we have to have a strong faith in God and trust Him in good times and in bad! Only God can heal the past and bring hope for a better future. I was totally captivated in this novel! Can Vikki find herself?? What caused this memory loss??? Is it a virus, a direct hit by criminals........????

This book was received as a gift. The opinions expressed are honest and my own.


The Author’s Synopsis:
When Vikki Jeffries wakes up in a Rockland hotel with no idea of who she is  and why she can’t remember…well, anything, the Rockland medical community begins to take a closer look at what may have happened to cause a second case of inexplicable amnesia. But for Vikki, this is more than a medical anomaly. It’s her life. What is she doing in Rockland, thousands of miles away from her home in Apache Junction, Arizona? Who is she? Why is no one looking for her? Or are they?
The secrets of a past she’s discovering she doesn’t want to know lay locked away in a memory that refuses to acknowledge their existence.
When Brandon Marana finds his neighbor struggling to open her front door, his quiet life becomes a race to protect Vikki and himself from people who are determined to find her. He’s falling in love with her–but he shouldn’t. He’s a Christian. She’s not. But the more she depends on him to know who she is and learn why these things keep happening to her, the stronger those ties become.
Click here to purchase your copy.
About the Author:

Author of the Amazon bestselling Aggie and Past Forward Series, Chautona Havig lives and writes in California’s Mojave Desert. With dozens of books to her name, Chautona spends most of her time writing, but when she takes the rare break, she can be found reading, sewing, paper crafting, or sleeping and dreaming of finishing the dozens of books swirling in her overly-active imagination at any given moment

The circle of death swirls on the screen and it shifts. The bank balance appears, and with it, my heart sinks. It’s been a tough few months, financially. The bottom line proves it.
My reaction? Inhale. Exhale. “Okay, now we know the worst. We can do something about it.”
My husband, on the other hand, suffers a definite blow. Kevin might not sleep that night. Instead, he’ll mull over what we could have done differently, how we can make changes, if he’s a failure at this thing called life. He’ll pray—for hours.
They say ignorance is bliss. And sometimes, that’s true. It’s also a personality thing, I think. I tend to be a “let me have your worst” kind of gal. But when the negative arrives, I also tend to want to shield Kevin from it all. I don’t know how he can worry so much. He can’t fathom how I can turn it off.
But sometimes those personality things go deeper—into what can be serious faults. It has been said,
“There are none so blind as those who will not see. The most deluded people are those who choose to ignore what they already know.”
Or, in the words of Jeremiah,
“Now hear this, O foolish and senseless people, who have eyes but do not see, who have ears but do not hear.”

WHAT DOES THIS HAVE TO DO WITH NOT SEEING?

As I work on the Sight Unseen series, one recurring theme happens, of course. Memory loss—the removal of all insight into one’s past. You can hear who you were, be informed of what you did and why others think you did it, but you can’t know your own self the way you once did. It’s a fresh slate, and it can be a good thing in some respects.
Those around you can now see the difference between habits and personality traits—true dislikes and those conditioned by life. What might have been a fear once could be gone if the cause of that fear is blotted out.
But even for these fictional characters, truth doesn’t change. In None So Blind, Ella takes her memory loss and uses it as an opportunity to reinvent herself, if you will. And you know what? If you asked her family about it, they’d tell you that it fits her personality. That take-charge, gotta get ’er done attitude Dani may have used in different ways, but both “manifestations” of the woman had those qualities. Sure, Ella’s was tempered by recent experience, but not much.

VIKKI JEFFRIES, IS ALMOST THE ANTITHESIS OF ELLA IN THAT RESPECT.

The past is in the past. It scares her. Is it because she doesn’t know it? Because she’s frightened by the unknown? We don’t know. But what we do know is anything associated with that past, even the few very personal items she finds, she rejects. It’s as if ignorance of them will protect her from them. Where Ella runs to face her problems, Vikki runs from them.
But despite those differences, I find it interesting that both women did the same thing, basically—just at different times.
Before her “episode,” Ella chose to blind herself to her faults. She knew them. Lived with them daily, but couldn’t face or address them. So, she “refused to see.”
Vikki—we don’t know. But I think the story shows that she couldn’t blind herself to truth before her episode. As much as she might have ached to, she just couldn’t. Now that the opportunity is here, however, she grasps it and if she insists on squeezing her eyes shut indefinitely, it may cost her everything—her life. Her soul.

They say ignorance is bliss. Well, “they” also say, “Truth hurts.” And sometimes it does. But so do the consequences of that ignorance. I guess the next time the bank balance dips low, I won’t be handling the fallout alone. Then again, one can always pray that it doesn’t dip low! I think we’ll start there.

To celebrate her tour, Chautona is giving away a grand prize of the None So Blind Paperback,
the Will Not See Paperback, a Journaling Bible (Choice of KJV or NLT), Prismacolor Pencils,
and a Christian Hymns Album!! Click below to enter. Be sure to comment on this post before you enter to claim 9 extra entries! https://promosimple.com/ps/bd17 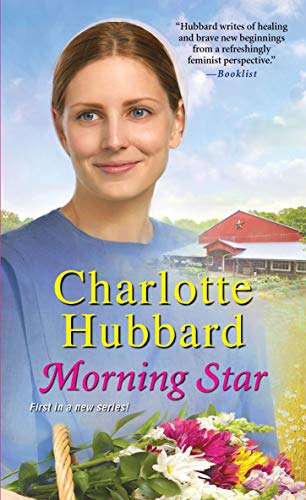