Suspense! Mystery! All within an Amish novel! What more could you want?? 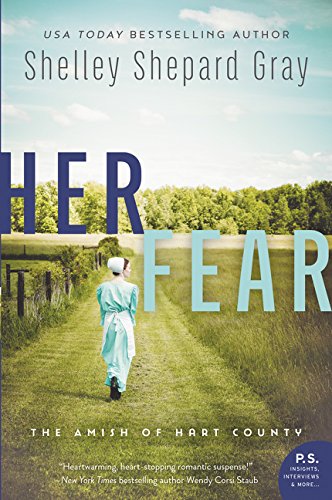 "Her Fear"
By Shelley Shepard Gray
Synopsis:
In New York Times bestselling author Shelley Shepard Gray’s latest novel of suspense in her Amish of Hart County series, an EMT falls for a woman with ties to an Amish community where people are dying similar, suspicious deaths.
Sadie Detweiler never imagined she’d move to Kentucky, yet here she is: a pregnant, unmarried Amish girl banished by unforgiving parents to live with kin she barely knows. The men are gruff and her cousins are secretive. Worst of all, elderly matriarch Verba becomes mysteriously ill shortly after Sadie moves in. When EMT Noah Freeman arrives, Sadie immediately notices he’s unlike any other Amish man she’s met. Noah is warm, confident, and has an easy way with practically everyone in the community, both Amish and English. Though Sadie is drawn to him, she has little hope he will reciprocate her feelings once he learns she’s with child.
Noah can’t understand how a girl as sweet and lovely as Sadie ended up sleeping on a cot in Verba Stauffer’s kitchen. He also senses Sadie is terrified of something. Concerned, he checks up on her. Eventually they strike up a friendship and soon their attraction is undeniable. When Verba later dies at the hospital and her death is followed by two others, Noah’s boss wants him to dig around the Amish community for clues. He agrees—for Sadie’s sake—because only the truth will keep her safe and by his side.

This is the fifth of the Amish of Hart County Series and in my opinion , the best yet!!  As I have read each book in this series, I have been impressed with this author's ability to draw one into the lives of the characters in the stories to the extent of feeling their every fear, hurt and challenge. Her Fear is no exception!! The characters are described in such a vivid , detailed way that the reader immediately finds herself walking alongside them in their rocky road of life .  The somewhat delicate subjects of unplanned pregnancy, abuse, bootlegging, as well as abandonment, are dealt with in a respectful, caring  manner. Shelley  has done her research well. The reactions of the community are those that are often somewhat surprising to us, as we just don't expect this quiet faith to encounter these problems. Well, guess what? We are all human and God puts us all in challenging positions at one time or another. The real test is how we handle it.

The plot moves quickly with surprising twists and turns in the most unexpected places. I was totally engaged from the first to the last page of this book. My inability to put it down was evidence of the power it held over my emotions. The love of family and community is what makes us who we are, but it certainly is not an easy road. Love can be found in many different ways, as this story shows. Strong family ties can help hurts heal and make the future brighter.

Fantastic read!!  A unique  novel in the Amish Fiction genre! Don't miss it!!! Being released on July 27th.

This book was supplied by the author and publisher. The opinions and thoughts expressed are honest and my own. I was not required to write a positive review. 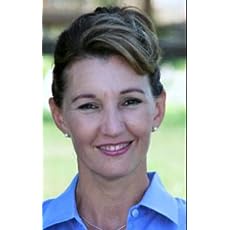 Shelley Shepard Gray lives in southern Ohio and writes full time. A busy wife and mother of two, she spends her days writing and keeping track of her two teenagers. Her two dogs keep her company when she writes in her basement.
Shelley enjoys writing about the Amish and visits Amish communities in Adams and Holmes counties several times a year. When not spending time with her family or writing, she serves on several committees in her church.
She also bakes a lot, loves coconut cream pie, and will hardly ever pull weeds, mow the yard, or drive in the snow.
Shelley also spends a lot of time on line! Please visit her website, www.shelleyshepardgray.com to find out her latest news...or become her friend on FaceBook.