A Heartwarming Story of Adoption By Joanne Markey! Enter the giveaway!

"Yours, Mine, & Forever"
BY  JOANNE MARKEY 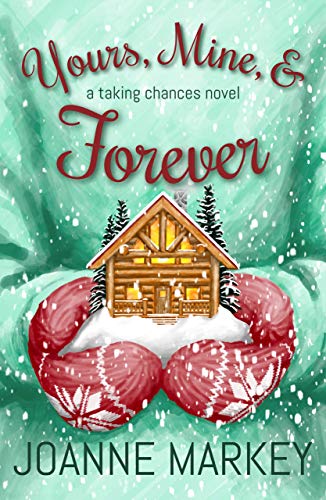 Release Date: September 7, 2019
Whoever said the course of true love never runs smooth knew their business.
Especially motherly love.
Still, with adoption success just waiting for ink and paper to appear, Norah can focus on more exciting things, like Christmas, and figuring out how this marriage thing is going to work out! However, never underestimate the craftiness of an antagonist old woman determined to get her own way—or rather, stop Norah from getting hers. If it means resorting to underhanded means to ensure she comes out on top, then so be it. All it takes is a word in the right ear, a nudge here, a wink there, and the natural course of gossip and slander will do the rest.
When the dust clears, Norah’s heart is in tatters and her fledgling relationship is in ruins… Or is it? Will her hero’s patience wear thin, and is Norah’s faith strong enough to see her through whatever comes her way?
Click here for your copy.

Joanne Markey is a new author to me , thus, I had no particular expectations when this book arrived. It is the second in the Taking Chance series. Although I hadn't read the first book, I found myself drawn into this story concerning the adoption of siblings. Many groups of children are not desireable for adoption by anyone but in this case there were two very determined adults fighting to be chosen to be a parent! I found this novel to be one stressing the importance putting one's trust in God through the challenging times as well as in the good.

The characters were realistically and well described. I was immediately drawn into Norah's and Clay's lives. Norah had a problem letting herself get close to others. Both Norah and Clay had a common interest! They loved children and wanted to give the neediest a home that would portray the love of Christ.  The challenge was.... who would be the winner in this situation?

The plot moved at a slow but steady pace. I did experience some confusion trying to keep all of the characters and their roles in the storyline straight. Just when I thought I had them figured out, another new one was added to the scene. Perhaps had I read Book One of the series, I would not have had this difficulty.

All in all , I enjoyed this book. It was not a cliff hanger, however it portrayed the Christian values for which we should all strive. The children in this novel touched my heart sometimes with humor, other times with fear of their future.

This is a book that is a good read, especially for those who have felt the loss of parents and fear for the future, as well as those dealing with the challenge of adoption.


This book was received from CelebrateLit. The thoughts and opinions expressed are honest and my own. 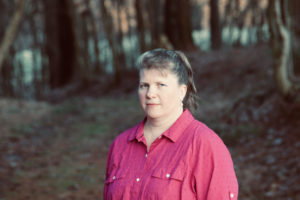 Originally from Australia, Joanne now lives in Ohio with her husband and seven children where she spends her days writing, wrangling children, and trying to determine which phrases originated in which country because she uses them all interchangeably, thereby continually confusing herself as much as those around her.

When people find out I’m an Aussie living in the US and that I’ve written books, they immediately assume my books are set in Australia. I’m sorry to disappoint anyone, but, no, they’re not. You see, after almost 19 years of living in the US I’ve lost touch with the culture I was raised in. Things are done differently here than they are over there, and I’ve gotten used to this life.
When I moved halfway around the world, iPads, smart phones, and the like weren’t even a thing. The internet over there (in the places I lived) was something you knew about, but not everyone was online. My family didn’t even own a computer. When you went to town you lost cell phone coverage about 20 kms out. We lived in the bush, which technically falls between the coast and the outback. Not far enough from the coast to be “outback”, but far enough there wasn’t a town worth mentioning in any direction for a good two hour drive (roughly 170km, if memory serves me correct). So yeah, we lived out bush and while it’s hard to imagine a world without the electronics we depend on so much today, the Australia I know, the life I remember, had none of them. And I’m pretty sure things have changed since then!
That’s one major issue standing between me and writing books set in Australia. Another is the language. Half the time I find it almost impossible to remember where a phrase originated. I’m not talking about the “fair dinkums” or the “g’days”, they’re easy to identify. Its the little phrases, the ones that are so ingrained in my thinking I can’t identify their origin. At least, not until every person in the room looks at me like I’ve lost my mind. I figure it out pretty quickly after that and usually have to scramble to translate to something they understand. Agreeing with someone by uttering a simple “yes” is a wee bit more effective here than the “too right!” I might use with my family.
Try adding in the whole dropping the R thing Aussies have a habit of doing, and then the clear pronunciation of the R which is pretty common among the people I know here…and yeah, it can get confusing. “Far” is a bad one. Simple word. I never stop to think about how I’m saying it, so part of the time I’ll drop the R without realizing I’ve done so. Then I’ll hear myself say “fah”, so I’ll quickly tack on the R… and it can become an issue.
Some expats might not have an issue with speech, this is just one problem I run into quite often so I ran with it in my book. Anyone who’s read the book will know who I’m talking about. Multiple languages, speech confusion especially when emotional. It’s a thing. Not everyone deals with it, but me… yeah. Sigh.
But that doesn’t mean I’ve turned my back on everything I once knew. My husband and our kids love a good damper, Aussie meat pies, and Vegemite. They turn their noses up at pavlova (where, oh, where did I go wrong?!), but little did I know when we bought some of my favorite Aussie music that it would become their favorite too. I love where I live now, but I also have a great fondness for the country I left behind, and my family too, of course. They all live over there. And this story… it originated in Australia.
I was looking for a something to write for NaNo in 2018 and my Mum had a dream to share, so she gave me the idea and I ran with it. I changed bits here and there—the setting, most of the story actually!—and finished it up mid-December of 2018. I sat on it for about six months, finally got around to sending it to an editor. And then two weeks before I hit publish, a friend heard how long it was and asked if I’d ever thought about splitting the story in two.
No, I hadn’t, but after hashing it out with my editor, we decided it was a good idea. Dreaming of More became the first half, and Yours, Mine, & Forever was born.
However, giving Dreaming an end meant I’d sort of wrapped up the main storyline I’d used in the entire 135,000 word manuscript. I needed something else because I hadn’t added the bow to the top of the package and without that, Dreaming kind of fell flat. It needed another book… So back to the editor I went and at 2am one morning we started brainstorming. Before I knew what was happening I was in the middle of rewriting the entire book. I didn’t need to follow the same storyline and because the slate had been cleared, I could add in whatever I wanted. So I did.
My friend apologized—she hadn’t meant for me to rewrite the entire book—but no apology was necessary. I loved being able to change things. New characters made it more fun and, as my youngest son would say, I got to add “all the stuffs”. The only thing I refused to change was the ending. I had to keep that because it was the one thing my Mum remembered the best from her dream. For her sake, I kept it. If you want to know what that ending is… it comes after all the other pages in the book. But if you skip over them, you’ll miss all the stuffs and they’re what make the ending worthwhile.

To celebrate her tour, Joanne is giving away the grand prize package of signed copies of Dreaming of More, Yours, Mine, & Forever, and Christmas Rose!!
Be sure to comment on the blog stops for nine extra entries into the giveaway! Click the link below to enter.
https://promosimple.com/ps/f623/yours-mine